We are reasoning and redefining the Holy Scripture in God Almighty’s Spirit and His thought, to know His hidden mysteries considering the chronological aspects of the End of this present evil world. 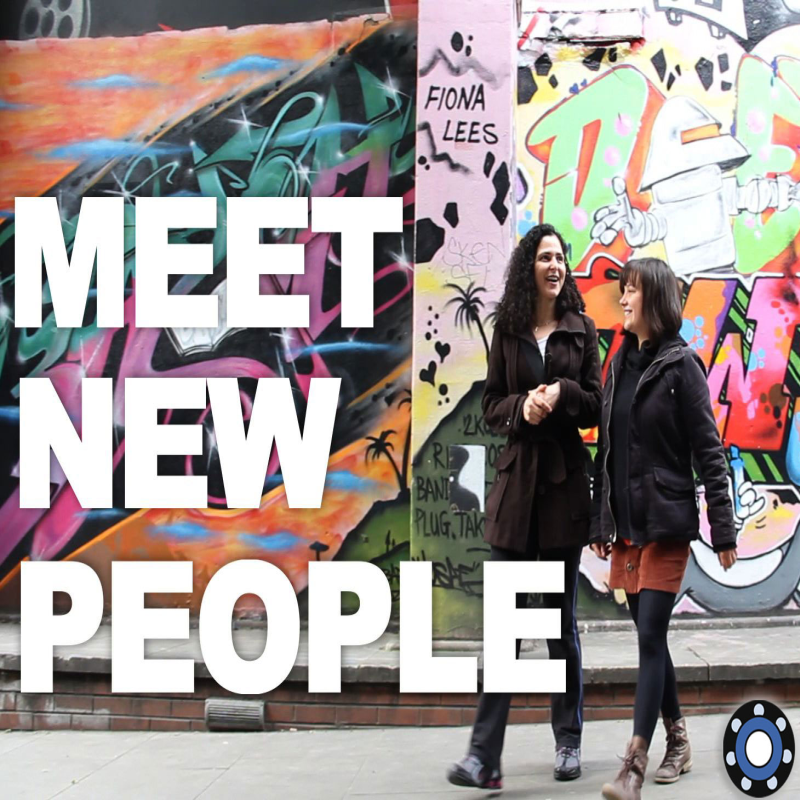 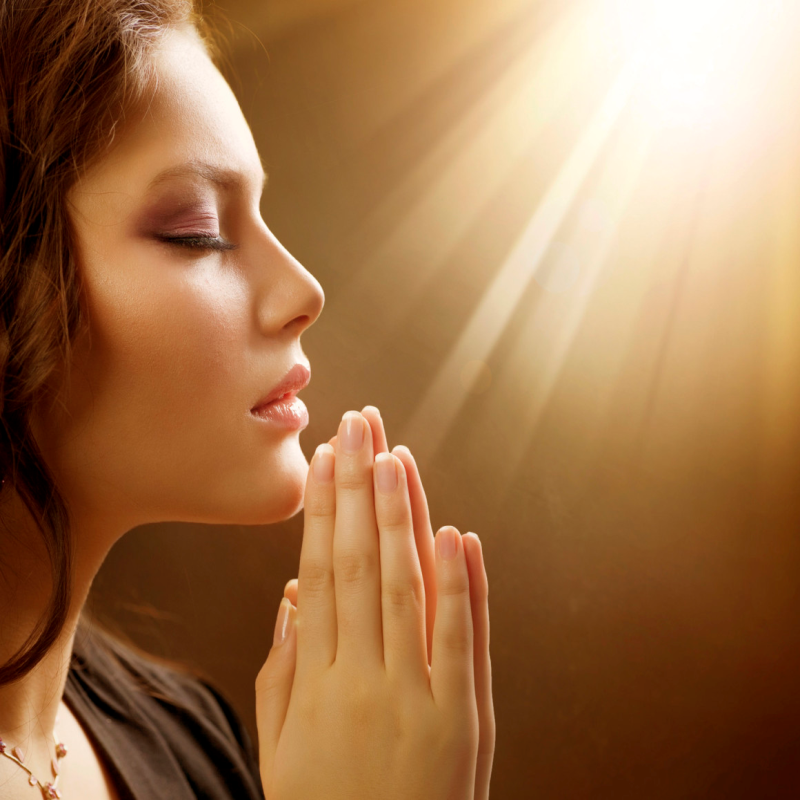 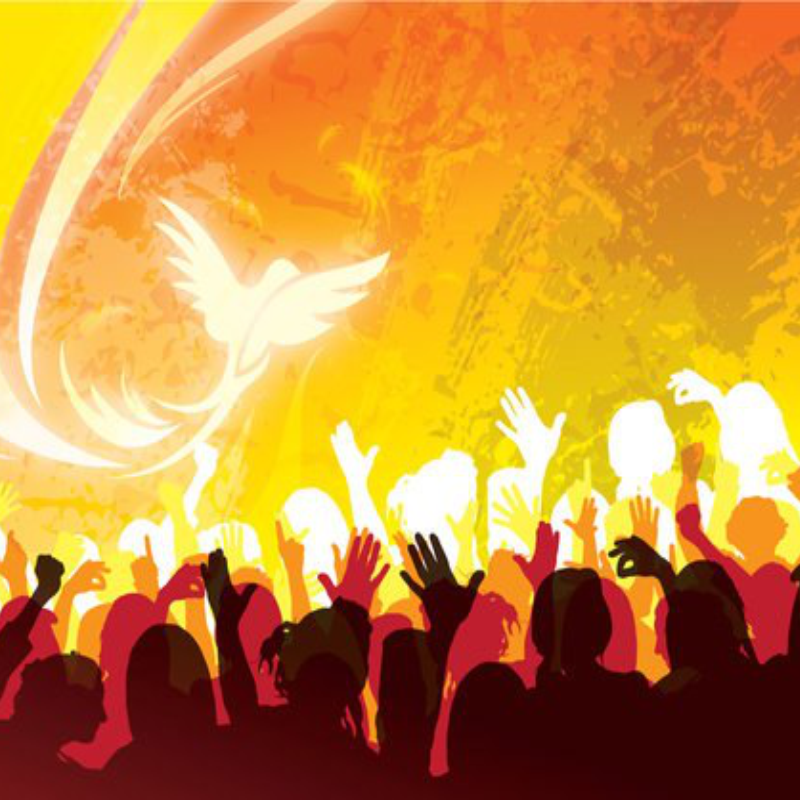 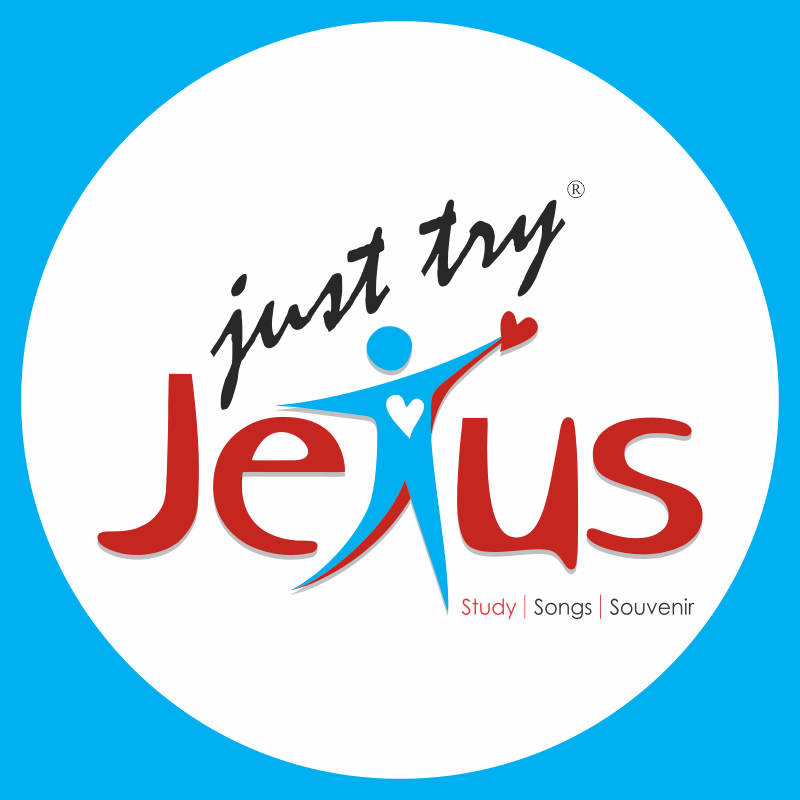 Creating vibrant & harmonious awareness about the need of the GOSPEL & SALVATION to all. Build a strong Network to serve the Lord & to fulfill the Great Commission across India with innovative measures. Equip the faithful warrior in Christ for effective proclamation of Gospel & END-TIME Prophecies/Heal the sick/Cast the Demons/Console the broken heart/ etc. in the name above all the names Lord JESUS CHRIST. "The harvest is plentiful but the workers are few. Ask the Lord of the harvest, therefore, to send out workers into his harvest field." Matthew 9:37-38

Need of the hour is to encourage, an individuals to continue the Great Commission in action. The Most desired result is to initiative the call of GOD to every human being to proclaim the GOSPEL to save as many as we can.

Communicating the value of The Holy BIBLE (Book of Blessings) to Christians and non-Christians to understand the Greatest LOVE of GOD towards us, manifested in His only Son The Lord CHRIST JESUS.

Being transformed by the Grace & the Power of Holy Spirit, now we are; the Brand Ambassador of CHRIST to share the heavenly blessings for all to build the Eternal Kingdom of GOD Almighty to magnify Him forever.

Understanding the End-Times prophecies of the Holy BIBLE, be ready to receive the Lord, prepare for the judgment; escape from the wrath, be a part of rapture and rejoice in the eternal rewards to live forever.

Literal approach in serving others who are in need of food/cloth/medicine/shelter/ etc. serving Lord by serving others; being human to show the compassion of The Lord CHRIST JESUS.

Establishing spiritual brotherhood across nation, to speed-up the Light of GOSEPL by way of networking/lobbying & advocacy/ among local Churches to share as much as possible in all the means; through our Saviour.

Just try JESUS is a team of ecclesiastical people with a blazing desire to share the Vertical Concept of GOSPEL sharing unto those who are in need of deliverance and to experience the Miracles of the LORD in their lives.

Fast & Pray is the beginning of our entire progression to meet the individuals/churches needs; surrender ourselves unto to the Lord completely, seeking & waiting for His counsel. Exalt & give thanks for His mercy endures forever.

Meeting individuals/churches to understand their present situation; solving issues on the foundation of the Holy Bible to meet the needs; enabling individuals to believe the need & power of GOD ALMIGHTY for a vibrant transformed new life in the Lord JESUS CHRIST.

Reaching the un-reached communities across India with the Heavenly Blessings in the name above all names the Lord JESUS CHRIST to rejoice in their lives for eternal; equipping them to yield the fruits & allowing them to exercise the authority of the gifts of the Holy Spirit.

Passion to serve the community for its spiritual/social welfare cause, irrespective of caste/creed/race/religion with multi-dimensional aspects with a special focus toward transforming the lives of unreached/underprivileged group of people in India. Go-Send or Disobey. Join the Revolution & Be Blessed!

We are a group of working professionals united together with His Grace & Mercy to execute the Great Commission unto many; with passion & love to serve the needy. We encourage and invite like-minded individuals/churches to join us to speed-up the Light of Kingdom of GOD. All authority in heaven and on earth has been given to me. Go therefore and make disciples of all nations, baptizing them in the name of the Father and of the Son and of the Holy Spirit. Matthew 28:18-20 God’s calling has been acknowledged at the age of 17-years and said YES Lord; I am here. By HIS Grace, enabling to equip saints and build HIS Kingdom by way of saving as many as we can in the LIGHT of GOSPEL unto ALL. A desiring zeal toward serving the Lord in his Vineyard and encouraging people to join the heavenly mission so that GOD of ISRAEL can be exalted with praise and glory forever. Mission Gospel together and History Maker.

Serve the Lord with desiring heart and join the mission. Just Try JESUS!

The Lord Jesus Christ, in His Olivet Prophecy recorded in Matthew 24, Mark 13 and Luke 21, foretold several major trends that would increase and intensify before His return. The trends He emphasized were religious deception, wars, famines, disease epidemics, earthquakes and devastating storms. We have a series of Eschatology route map for our enlightenment and be alert.

The apostle John, writing in the first century, used the expression "the last hour" in referring to his day: "Little children, it is the last hour; and as you have heard that the Antichrist is coming, even now many antichrists have come, by which we know that it is the last hour" (1 John 2:18). Like others in his day, John likely thought Jesus Christ's return was imminent (Acts 1:6; 1 Thessalonians 4:15-18). But God has a considerably different perspective of time. A day with Him is like 1,000 years and 1,000 years as one day (2 Peter 3:8; compare Psalm 90:4). John did warn us to be on the lookout for "antichrists," a term used for any professing to be like Christ but actually working against Him. A trend that began in John's day will continue to the time of the end, when this false representation of Jesus Christ and His teaching will grow worse.

He replied: "Watch out that you are not deceived. For many will come in my name, claiming, 'I am he,' and, 'The time is near.' Do not follow them. Luke 21:8 Jesus of Nazareth was the true and only Christ, the anointed one, the Messiah, and our Lord and Savior. Jesus is The Way, the Truth and Life. There never has been and never will be any other Christ, Teacher, Lord, Savior, or form of Consciousness whereby our eternal souls might be saved. However, just as the Bible prophesied, there have been - and will continue to be - an ever increasing number of powerful and alluring false christs as we draw closer to the appearance of the ultimate false Christ, the Antichrist. More deceiving spirits will arrive on the scene as we near the rapture of the Church, and the seven-year tribulation that will precede the return of Jesus to set up his millennial kingdom.

Matthew records these fateful words from the mouth of Jesus of Nazareth-the Christ, or Messiah: "It will be a time of great distress; there has never been such a time from the beginning of the world until now, and will never be again. If that time of troubles were not cut short, no living thing could survive; but for the sake of God's chosen it will be cut short" (Matthew 24:21-22, New English Bible). It is difficult to exaggerate the significance of this prophecy. Except for the promised divine intervention, human life would cease on earth. The most horrifyingly surreal catastrophes as depicted in movies and television programs will come to pass, to the point that life will face extinction if not for God's direct intervention to save it. These are not our words, but the warning of Jesus Christ Himself. It is all too easy to read right over these verses and emphasize only those passages we want to hear, such as Christ's miraculous healings and promises of forgiveness, mercy and peace (Matthew 6:14; 5:7; John 14:27), as important as they are.

Some day in the future – a day no one knows – God will end the Church Age which began in the first century on Pentecost (cf. Acts 2) with an event known as the Rapture. At that time, God removes all believers in Christ from the earth in preparation for His final judgments. Of the Rapture, Paul says, “For if we believe that Jesus died and rose again, even so God will bring with Him those who have fallen asleep in Jesus. For this we say to you by the word of the Lord, that we who are alive and remain until the coming of the Lord, will not precede those who have fallen asleep. For the Lord Himself will descend from heaven with a shout, with the voice of the archangel and with the trumpet of God, and the dead in Christ will rise first. Then we who are alive and remain will be caught up together with them in the clouds to meet the Lord in the air, and so we shall always be with the Lord. Therefore comfort one another with these words” (1 Thessalonians 4:14–18).

Fear of the end-days

The best way to overcome a fear of the end of days is to be spiritually prepared for it. First and foremost, you must have a personal relationship with Jesus Christ in order to have eternal life (John 3:16; Romans 10:9-10). Only through Him can you receive forgiveness of sin and have eternity with God. If God is your Father, there’s really nothing to worry about (Luke 12:32). Second, every Christian should live a life worthy of the calling we have in Christ. Ephesians 4:1-3 teaches, “Walk in a manner worthy of the calling to which you have been called, with all humility and gentleness, with patience, bearing with one another in love, eager to maintain the unity of the Spirit in the bond of peace.” Knowing Christ and walking in His will go a long way towards diminishing fear of any kind. Third, Christians are told what will happen in the end, and it’s encouraging. First Thessalonians 4:13-18 .

Get In Touch With Us.

We invite every individuals/Churches to join us to share their views & articles for publishing with us. You may also contact us for joint-venture in organizing various public meet for a massive evangelization.

Your message was sent, thank you!